In the above image you may see left and right political spectrum. It is divided into 3 categories i.e; Left, right and the centre.

The centre category in the context of this article means unconcerned hindu girls. It simply means the girls who are not bothered about politics or concerned about the left and the right, they dont care or it doesn’t interest them.
Usually these types of hindu girls can be swayed.
An example of strong handsome musalman boy making ‘unconcerned’ hindu girls sway towards the left of the centre. The hindu girls couldn’t refuse. The charms of the musalman boy is simply too much for them as you may see so many hindu girls supporting him. 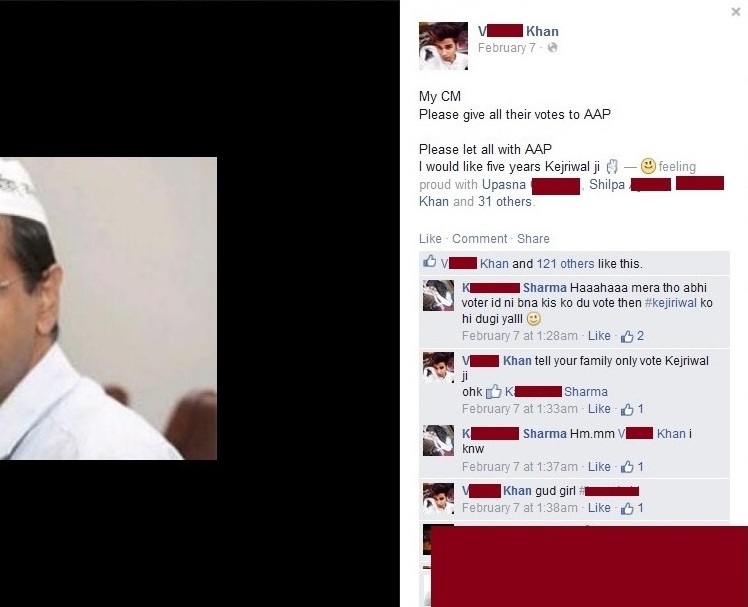 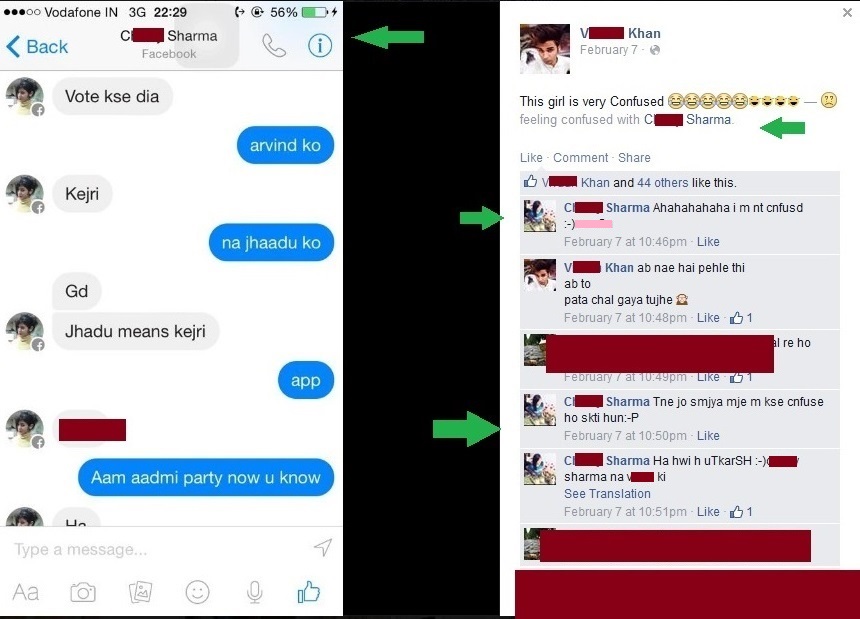 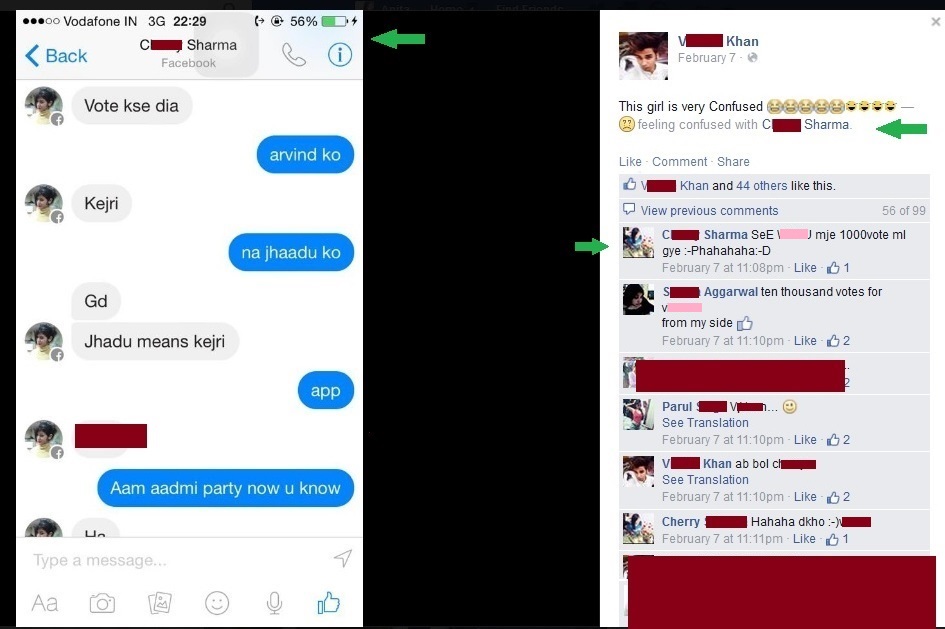 The unconcerned hindu girls may tilt towards the left or the right of centre in the future depending on certain factors like their experiences, external influence, boyfriend etc..
Many such hindu girls make musalman boyfriends and friends, its easier for musalman boys to get such hindu girls because usually such girls are open-minded. For example- if a hindu girl gets a muslim boyfriend then there is a very strong chance that her stand on the political spectrum might tilt towards the left of the centre. Its no secret that most hindu girls who have muslim boyfriends and husbands are usually more towards the left of the centre. This is the reason why when you see heated discussions on social media and if a hindu woman takes a liberal stand or far-left stand or writes something which offends the staunch hindu boys then some of them say “sali ka boyfriend koi muslim hoga, her boyfriend might be a muslim.” At least I have seen this many times. One such example when left-wing Alka praised burqa and hijab many right-wing hindu boys said she is getting fucked by muslim, she likes muslim dicks etc.. You may see this here https://interfaithxxx.com/alka-lamba-set-ho-gyi-musalmano-se
Another example- When Shruti Seth made some comments which the right wing hindu boys didn’t like them many of them said she is doing this because “her husband is a muslim, or made comments about her husband being a muslim.” https://interfaithxxx.com/shruti-seth-aur-musalman/
Or in the case of Pakhi Mehta, her post didn’t allow public comments other wise they would have said the same in this case also “because her husband is a musalman and so on” https://interfaithxxx.com/pakhi-mehta-and-abbas/
There are many such examples like these.

So is there any truth in this when they say “iska boyfriend koi muslim hoga tabhi ye aisa keh rahi hai, tabhi ye sali musalmano ka saath de rahi hai” when a hindu girl taks a liberal stand. Yes there is its not entirely false and I have explained that to you in the above passage. Its not only just about boyfriend it could also be that her friend is a musalman.

Now we move towards the right of centre. To the right of centre we have hindu girls who are staunch or devout or who are staunch nationalists. The number of such girls is less as compared to the number of girls in the center category and the left at least in the mainstream media. You will easily find some sadhvis or old women in this category who belong to previous generation and new modern hindu chicks would call them old fashioned, traditional etc. Though there are some hot hindu girls in this category too but not many if you compare it with the other two categories.
I know once such hot and cute girl. This 22 year old hindu girl had a muslim boyfriend one year later her boyfriend broke up with her for another girl. This girl took it very seriously previously she didn’t care about the left or the right but now she has become a staunch right-winger, other girls would have moved on and got another muslim boyfriend but she chose to do a complete makeover, she wanted only that musalman.
Now if you look at some staunch hindu nationalists, for example dr swamy’s daughter, ashok singhal’s daughter, Murli Manohar Joshi’s daughter, Bal Thackeray’s granddaughter neha, niece of L K Advani all married muslims.
It seems pakis are more happy about this, how they are teasing.

I wonder if the thrill of doing the forbidden is much higher for the hindu daughters of staunch hindu fathers, which lands them in the lap of musalmans.

I myself caught a right-wing girl who fancy muslim cocks. Its was a real incident. I usually dont pay much attention to the comments but once a girl commented on my blog post revealing about  her dark fantasy about muslim guys and she wants to see muslim studs fucking hindu girls. The comment caught my attention just wanted to know if its from a real girl. I had her email from the comment form. Through her email I found her facebook account which was real. She had over 2000  followers, some pics of her and her timeline full of politics which clearly seemed to suggest that she was far right girl. I talked to her and she admitted that she posted that comment. After talking for some time she told me she likes to be dominated by muslim cocks and that her bf was a musalman few years ago. All those right wing hindu boys who were liking and commenting on her posts, she was just making them a fool because inside her heart she liked musalmani loda, clear case of deception, many women love to deceive and manipulate . I Chatted with for a few hours then left her alone as I dont have time for online chatting.

Its another example of a right wing nationalist hindu girl. She wants pakistani musalmans but feels the guilt and to make herself feel better she tries to prove fawad is an indian with her own theory. https://interfaithxxx.com/hindu-girls-mad-for-paki-muslim-stud-fawad

Now lets talk about the left of centre.  This category has some real hot intellectual hindu women. Most of the female writers and those who come in the news channels are all left of centre.
This category comprises of so called liberal hindu women. I can name a few but the list is endless Barkha Dutt, Nidhi Razdan, Sagarika Ghose, Arundhati Roy, Shoma Chaudhury, Shoba de, Kishwar Desai, Nandita Das  etc.. Did you notice how many such intelluctual left-wing hindu women who do not belong to any party and who support musalmani lund are there in the mainstream while if you compare it with the right-wing there are hardly any which also means more role models for hindu girls.

Another woman that comes to my mind is Natasha Badhwar who writes the article highly recommended love jihad, her hubby is a musalman. She supports musalmani lunds which is no surprise. She writes “Love Jihadis are sneaky. They are good at love. They can love you even if you insist on hating them.” Full article https://interfaithxxx.com/hindu-woman-natasha-badhwar-highly-recommended-love-jihad

The more you go towards the left like from Liberalism to socialism, from socialism to  communism, you will find more and more support for musalmani lund. https://interfaithxxx.com/hindu-girls-take-part-it-tipu-sultans-jayanti/
For example Arundhati Roy a radical left-wing she supports musalmans with all her heart. Kavita Krishnan is also like her. Subhashini sehgal member of communist party married musalman Muzaffar Ali and became Subhashini ali.

The left of the centre also comprises of Feminists. Once such hindu girl feminist who supports the musalmans this is her blog. http://indianfeminists.blogspot.com
The liberal hindu chicks can be widely seen on such pages leftwing communities.
https://www.facebook.com/FeministIndia
https://www.facebook.com/groups/slutwalkkolkata/?ref=ts&fref=ts
https://www.facebook.com/events/345979765527908/
https://www.facebook.com/slutwalkdelhi/
https://www.facebook.com/MereSkritmereMarzislutWalkRedefined/
In fact Usually you will find much more young hindu girls in left wing mouthpieces and pages than right wing, which clearly shows the trend.
Its a tussle the left wing hindu chicks would side with musalmans to neutralize staunch hindu boys and show their dominance over them. The best way to assert it is by hooking up with other men. The hindu girls who would grab a musalmans cock will make her feel more independent or out of the control of their men same as a white girl grabbing a black or an arab cock and wearing a hijab in front of white guys. https://interfaithxxx.com/more-hindu-girls-marrying-muslims/
You would find most musalmans in india to the left of centre or who agree with the left and its natural because the views of liberal / left wing hindu women fall in line with the views of the left and they make a hot pair, they complement each other.

It is said by many guys that in bengal more hindu women marry muslims and fall for muslim boys or like musalman boys and if you look at the history than the left wing communists ruled their for 30 years and still its ruled by left wing. The bengali hindu women their enjoy big musalmani lunds freely 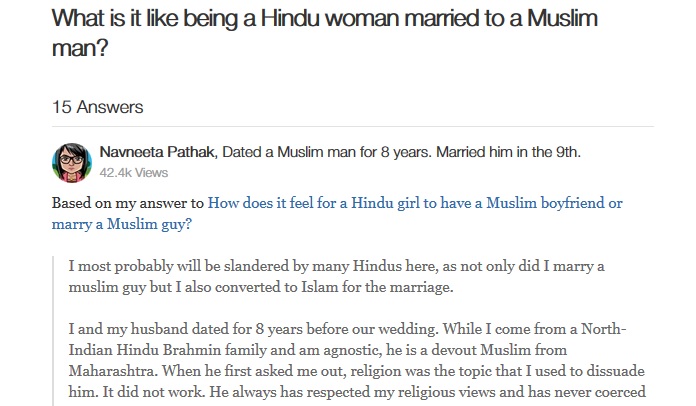 A hindu agnostic marrying a devout musalman looks like no lund was able to match up with the power of musalmani lund.

If you do a population breakdown then clearly the the right-wing category has least amount of women as compared to the centre and left category. The left of centre is flooded with hindu women who like musalmani lund.

So in the end in short what it means.

Unconcerned / Centre hindu girl – Whats the big deal in having a muslim boyfriend for a hindu girl. It doesn’t matter. Yea they are kinda hot.

At the end who wins ?
They all serve the one thing.
The strong musalmani lund which gives them complete satisfaction mentally and physically.