Let me remind you that I was a hardcore hin boy once but slowly over the years I changed.
Now I consider myself a BiSexual but only for males who come from muslim families. I am only into Muslim men.
I like muslim men with big lunds and their thick supada, their topa gets me every time.
I will tell you that majority of males who come on this site are hindu males and if you are clever enough only then you will be able to find out who is real and who is masquerading as muslim male because many Hindu boys here do that for different reasons like it makes them feel manly / to talk to interested girls / to jerk off seeing some hindu girls taking dirty/ some to it to piss them off etc..

I found a college musalman guy on facebook with whom I was able to develop a close relationship. I liked his long thick cock particularly the supada which I wanted to suck.
Pic 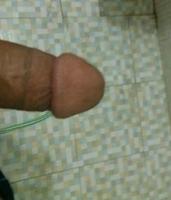 I like the look of katwa musalman cock, gets me every time, it looks sharp, clean and extra hard.
When I see it I feel like touching it, feeling its rigidness then grabbing it and then slowly going on to suck it. If I as a man could find the muslim lund attractive then I am sure quite a lot of other Hindu women would also find it tempting.

He showed me six months old chat, where his girlfriend Chhavi had added him in that chat along with another girl Ritika and both of them were having a very ugly quarrel. His girlfriend didn’t like Ritika trying to hit on her boyfriend. Chhavi got to know that Ritika was trying to steal her boyfriend, Ritika told her that Habeeb likes her. Habeeb was silent in all this. Both were hurling abuses at each other full galiya. Chhavi was calling Ritika a whore and said you can be his keep (rakhel). Ritika said tu to pehle se randi hai muslims ki gossips yaad hai ki nahi, and full maa behan ki gaali. Chhavi said ek raat k liye aa ja tujhe chuda deti hu apni aag shant kar liyo muslim se, sali backstabber trying to seduce my boyfriend.

They were battling it out for the muslim lund. Well, it was a new experience but it didn’t surprise me due to my past experiences with defiant modern day hindu girls.

I asked Habeeb why did he chose Chhavi ? He said he didn’t he liked both and couldn’t choose but Chhavi was more open and Ritika was a bit shy but both looked hot as far as I can say from their fb pics. Habeeb and Chhavi soon had sex and he got hooked to her but her friend Ritika didn’t know about any of this she though they were just friends. Soon Ritika told Chhavi that she likes habeeb to which Chhavi objected and then claimed Habeeb as her boyfriend after which fight broke out between the two.

In the end habeeb said he made both of them happy. It was difficult for both Ritika and Chhavi to marry a muslim guy due to family issues but he said he made them so happy that they will never forget. I am sure they would have enjoyed his big lund but when he told me that he fucked both of them together I couldn’t believe. He said both of them sucked his lund. I didn’t believe him because I saw a very ugly fight between the two.
I asked him for some sexy pics he said he doesn’t have and even if he did he said he wouldn’t share it. I pleaded show me something at least. He said next time when they meet he would send me a pic.
Few days later he sent me some pics in which all of them were together. It was a selfie Habeeb was in the middle and Ritika and Chhavi had hugged him from the left and the right. It seemed all is well between the two and both of them had some how agreed to share the Muslim Lund. The place where they were from had a shortage of muslim males, not every part of the country is blessed like Bengal or even Assam when it comes to the supply for muslim lunds.