Its nothing new the intellectual space is filled with such liberal hindu women who support and defend the musalmans on such issues. Nidhi, Natasha, Barkha, Arundhati, Shreemoyee, Shobha, Sagarika to name a few.

This time its about a recent gathering and Umar Khalid former leader of the ultra-leftist group DSU who a part of recent so called anti-india and pro-afzal rally. 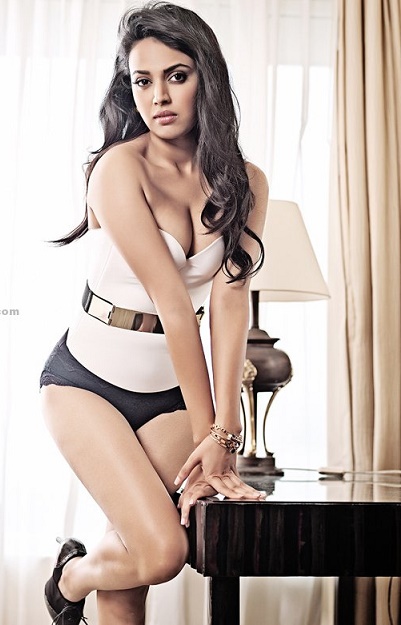 Everything has a beginning and it all started when Swara visited pakistan with her friend for the first time during her college days in 2005  and after that there was no looking back she fell in love with the musalmans even more. Since then she has visited Pakistan three times.

She also says in the video that other places like London, New York and Paris are all fail in front of Lahore (pakistan). 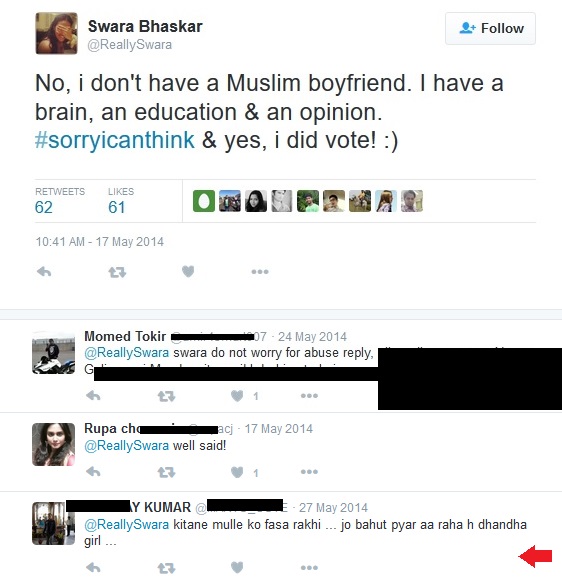 The point with I made in one of my old post gets proven again
https://interfaithxxx.com/atheist-agnostic-and-liberal-hindu-girls-and-the-surge-towards-muslim-lund
The point was that some boys when they see a hindu girl supporting musalmans or talking some kind of liberal stand which aligns with the views of the musalmans then the hindu boys say, “her boyfriend must be a muslim, iska boyfriend koi muslim hoga tabhi ye aisa keh rahi hai, tabhi ye sali musalmano ka saath de rahi hai.” By doing so they indirectly accept the muslim power, that a hindu girl having a muslim bf invariably supports musalmans and if the hindu girls do so then there has to be something about the musalman men that overwhelms hindu girls.
The same happened here and Swara was forced to tweet no I dont have muslim boyfriend.

Swara might not have a muslim boyfriend but she has many Musalman Yaar. You may only have one boyfriend at a time but you can have many Yaar at the same time and she knows the power of strong hard dong of the beef eater musalmans.