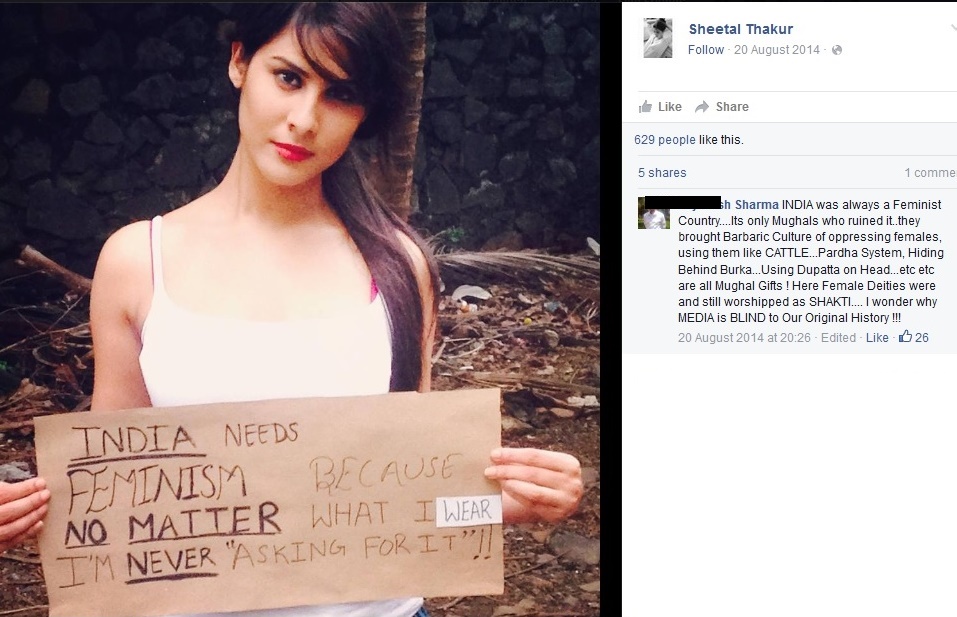 So this guy comments india has always been a feminist country and the mighty muslims brought pardah system in India and when musalmans came to India hindu women started covering themselves.
When the musalmans entered india they got attracted to hindu women and hindu women too happily married the musalmans.

They didn’t want to be worshiped instead they wished to be satisfied completely in the bed which the strong muslim men did. While the hindus were good at worshipping women the musalmans were good at satisfying them.
Moreover the hindu girls dont need feminism to flaunt their bodies but to make their own decisions and to free themselves completely from the control of men.

Hindu girl go to musalmans = freedom. One of the reasons why most independent liberal hindu chicks grab onto musalman.