Thanks to Bimal Kashyap for sharing this with us. You may also share related content with us just send us an e-mail at, [email protected] 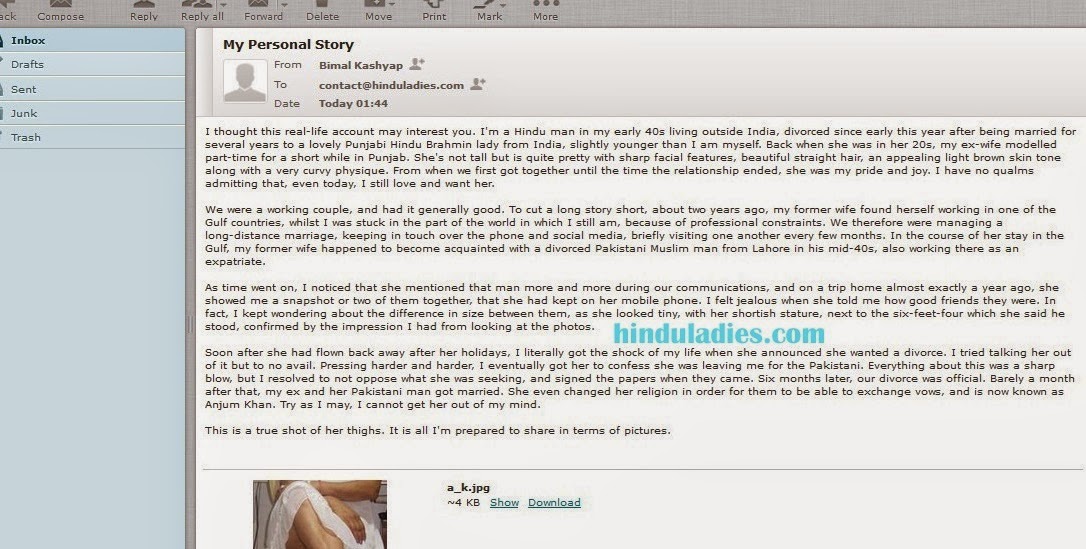 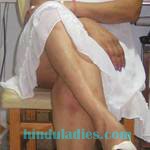 Bimal shares his true story, he writes:
“I thought this real-life account may interest you. I’m a Hindu man in my early 40s living outside India, divorced since early this year after being married for several years to a lovely Punjabi Hindu Brahmin lady from India, slightly younger than I am myself. Back when she was in her 20s, my ex-wife modelled part-time for a short while in Punjab. She’s not tall but is quite pretty with sharp facial features, beautiful straight hair, an appealing light brown skin tone along with a very curvy physique. From when we first got together until the time the relationship ended, she was my pride and joy. I have no qualms admitting that, even today, I still love and want her.

We were a working couple, and had it generally good. To cut a long story short, about two years ago, my former wife found herself working in one of the Gulf countries, whilst I was stuck in the part of the world in which I still am, because of professional constraints. We therefore were managing a long-distance marriage, keeping in touch over the phone and social media, briefly visiting one another every few months. In the course of her stay in the Gulf, my former wife happened to become acquainted with a divorced Pakistani Muslim man from Lahore in his mid-40s, also working there as an expatriate.

As time went on, I noticed that she mentioned that man more and more during our communications, and on a trip home almost exactly a year ago, she showed me a snapshot or two of them together, that she had kept on her mobile phone. I felt jealous when she told me how good friends they were. In fact, I kept wondering about the difference in size between them, as she looked tiny, with her shortish stature, next to the six-feet-four which she said he stood, confirmed by the impression I had from looking at the photos.

Soon after she had flown back away after her holidays, I literally got the shock of my life when she announced she wanted a divorce. I tried talking her out of it but to no avail. Pressing harder and harder, I eventually got her to confess she was leaving me for the Pakistani. Everything about this was a sharp blow, but I resolved to not oppose what she was seeking, and signed the papers when they came. Six months later, our divorce was official. Barely a month after that, my ex and her Pakistani man got married. She even changed her religion in order for them to be able to exchange vows, and is now known as Anjum Khan. Try as I may, I cannot get her out of my mind.

This is a true shot of her thighs. It is all I’m prepared to share in terms of pictures.”

Your wife was hungry, she was working in the Gulf where she met this Pakistani man. There is a significant presence of Indian and Pakistanis in the gulf.  Guys from pakistan are quick to impress Indian hindu women, there are countless Indian hindu ladies  who sleep with the pakis in UK and other foreign lands plus the thrill of doing the forbidden lands hindu women in their lap. Your wife was working so she was independent and not dependent on you.
After your wife slept with that Pakistani muslim guy she was fascinated by him obviously she liked him also because he was good in bed, he satisfied her to the fullest. She talked about him because she was addicted to him and his big one and she was not afraid of you surely.  She compared her husband and the Pakistani stud and felt that she would be more happy and satisfied with the paki guy.

11 thoughts on “Hindu wife runs away with Pakistani guy”