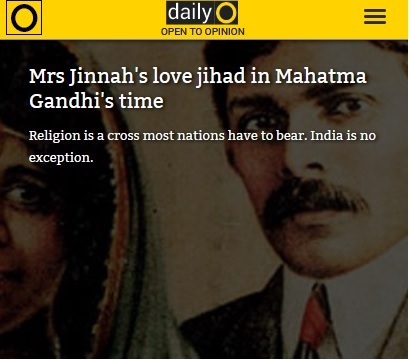 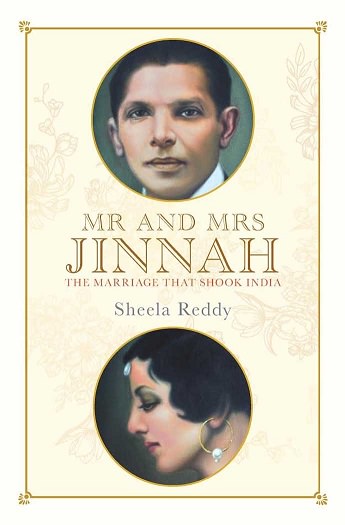 The following has been taken from Sheela Reddy’s book

In her book Mr and Mrs Jinnah: The Marriage That Shook India, Sheela Reddy sheds light on not only those incendiary views but also on the two Jinnahs who were the toast of Bombay society before Independence.
But first, the Mahatma. Ruttie, daughter of the Parsi baronet Sir Dinshaw Petit, was a free-spirited 18-year-old girl. She proposed to the strait-laced 42-year-old Mohammad Ali Jinnah, rather than the other way around. Sir Dinshaw filed charges against Jinnah of kidnapping his daughter. In court, the fiesty Ruttie told the judge, “Mr Jinnah has not abducted me; in fact I have abducted him.”
The girl supported the 42 year old musalman and implied that she willingly went to him.

The book reveals the Nehru family’s extreme conservativeness a century ago. According to one of the letters, quoted by Reddy, Gandhi admonished her on her romance with the musalman Syud Hossain: “How could you regard Syud in any other light but that of a brother – what right had you to allow yourself, even for a minute, to look with love at a Mussalman. Out of nearly twenty crores of Hindus couldn’t you find a single one who came up to your ideals – but you must pass then all over and throw yourself into the arms of a Mohammedan!!!”

Happens even today – “couldn’t you find a hindu guy”

Nothing shocking because in that era such views were common most people were highly conservative back then but still it didn’t stop hindu girls from going to the musalmans who  gave them real pleasure and the thrill of doing the forbidden as h!ndu girls love crossing the lakshman rekha.