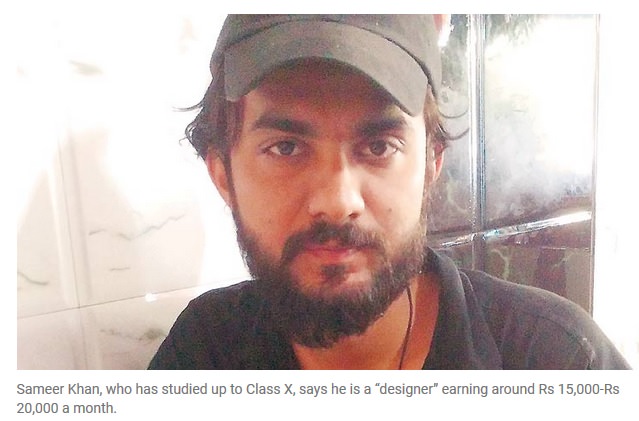 Khan, who has studied up to Class X, says he is a “designer” earning around Rs 15,000-Rs 20,000 a month. Mehroliya is a post-graduate in Commerce. But while her parents cited this disparity in education levels to argue they couldn’t be in love, Khan says this was never an issue for Mehroliya.

When they came to know of Mehroliya’s relationship with Khan, the parents add, they took her phone away and sent her to Indore to live with a relative.

On September 3, 2017, the two of them eloped, and got married three days later. The guests included a handful of his friends and some relatives, Khan claims.

After the wedding, they moved into a friend’s house in Indore. By then, Mehroliya’s family had lodged a missing person’s complaint
http://indianexpress.com/article/india/interfaith-marriage-undone-as-government-lawyer-warns-of-trouble-5096975

It was a case where pressure was put on the girl to leave the muslim bf and she succumbed to the pressure as she wasn’t as resilient as hadiya.

Its another case where an educated hindu girl fell for less educated musalman mard from lower background. Why does it happen quite often ?
Simple answer is – Musalmans are real mards and they don’t need anything else or everything else is just an addon. From high profile khans to a simple muslim road side mechanic, one thing is common – they are all good with hindu women