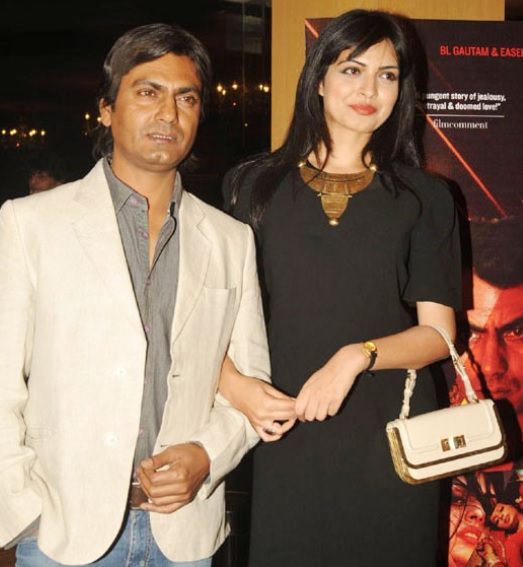 Nawaz revealed this secret in his book in which he writes about the story of his life.

In explosive revelations, Siddiqui went on to confess about his extra marital affair with Miss Lovely actress Niharika Singh, one-night stands and the women in his life. From having a fling with a waitress to a full-fledged affair with Niharika, read this excerpt from Nawazuddin’s book:

He also wrote about his relationship with a Jewish girl
Strangely, the West was kinder to me first, both in terms of love and work. I gained recognition there through my films which travelled to most festivals. I was at a cafe once with my friend in New York City’s Soho area. The stunning waitress kept staring at me… We got talking and let’s just say what happens in New York stays in New York, at least in my case. As you can probably guess from the titles of the films, this is a memory that happened way down the line when I had tasted the sweet nectar of success. Before that came Suzanne: a lovely, dear Jewish girl from New Jersey, who lived in New York City. We met there and hit it off. She came to Mumbai and began to live with me. By then, Shamas and I had moved to Yari Road. Every few months, she kept extending her visa. It was a very sweet relationship.

Let’s wait and watch what we want to do. Let’s see if we want to live together or not after a year,’ she said quietly. I was bewildered. Without telling her, I dropped the idea of marriage altogether. The shooting of Miss Lovely commenced. Suzanne used to accompany me there. Then came the day when her visa expired and she needed to return to New York to sort it out. She was gone for many months.

‘Now you come to my house, Nawaz I will cook mutton for you ,’ she said warmly.
For the very first time I went to Niharika’s house. I rang the doorbell, slightly nervous. When she opened the door, revealing a glimpse of the house, I was speechless with amazement. A hundred, or so it seemed, little candles flickered beautifully. She wore soft faux fur, looking devastatingly gorgeous, her beauty illuminated even more in the candlelight. And I, being the lusty village bumpkin that I am, scooped her up in my arms and headed straight for the bedroom. We made passionate love. And just like that, out of the blue, I began a relationship with Niharika Singh, a relationship which I did not know then would last for almost one and a half years.
http://www.timesnownews.com/zoom/bollywood-news/latest/article/nawazuddin-siddiqui-admits-having-an-extra-marital-affair-miss-lovely-actress-niharika-singh-an/62280