I got engaged to this girl named Riya two years ago. She works in Dubai. We are going to get married next year when she would finally leave her job and come back to India. Its an arranged marriage.

Since she lives in Dubai we mostly talk on facebook or on whatsapp.
I have grown suspicious of her because not only she has many male friends (mostly muslim) in Dubai whom she parties with but I am also seeing some changes in her like when I ask her about those guys whom she parties with politely she becomes very agitated and even angry sometimes. She says that I should stop spying on her and stop being insecure. I checked the profiles of some of those muslim guys 2 of them are indian and one is pakistani muslim working in Dubai and they have many pics of her in their albums. In some pics she is hugging them and in the others she is smoking hookah and having a fun time.

She says she lives by her own rules and I should open my mind and not try to control her. She likes Muslims because once she saw a comment of mine and told me not to be hateful, not to speak ill about muslims, she said she has many muslim friends and they get along with her very nicely.

I also saw a few changes in her body. She has become a bit fat. She was slim 7 to 8 months ago. Her thighs, ass and boobs have become bigger. She looks like a woman now.

Saw her in the party dress her thighs have now become very thick. 7 to 8 months ago they were very slim. Earlier her belly was also completely flat. I couldn’t believe such a drastic change and she doesn’t have any health issues like thyroid. 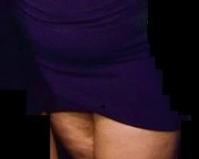 I am certain that she is getting banged by those guys since many months. Her face is pretty and she looks classy. Once I saw her calling one of those muslim guys baby a comment which she later deleted.

5 thoughts on “Should I Marry This Hindu Girl”